Rail & Structural Mill of BSP was commissioned in the year 1960 and has a total capacity of 750,000 tonnes per annum. The steel for rail making comes from the BOF - concast route.

BSP has installed facilities for finishing of longer rails in 2002. It was envisaged to produce finished rails upto 78 meter length.

Another Long Rail Handling Facility is installed as part of Rail Welding Plant. The Rail Handling System was successfully commissioned in 2005

The Rail handling System is envisaged to handle finished welded rail panels of 260/240/234 meter long in shipping & storage area for dispatch of rails. Rails are lifted from Roller table by 22 Nos. Synchronised Electric hoists equipped with automatic lockable clamps. These rails are stacked in the storage yard or loaded in the railway wagons.

The rails are transported in the following ways : 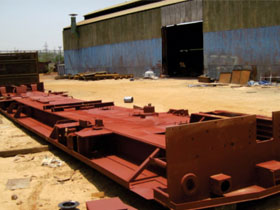 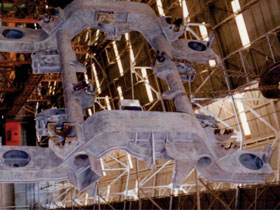 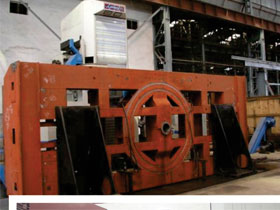 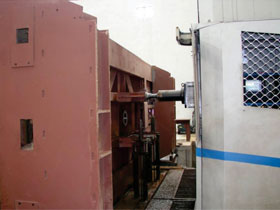 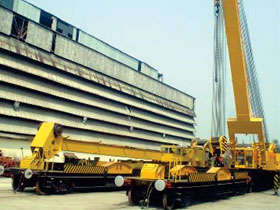